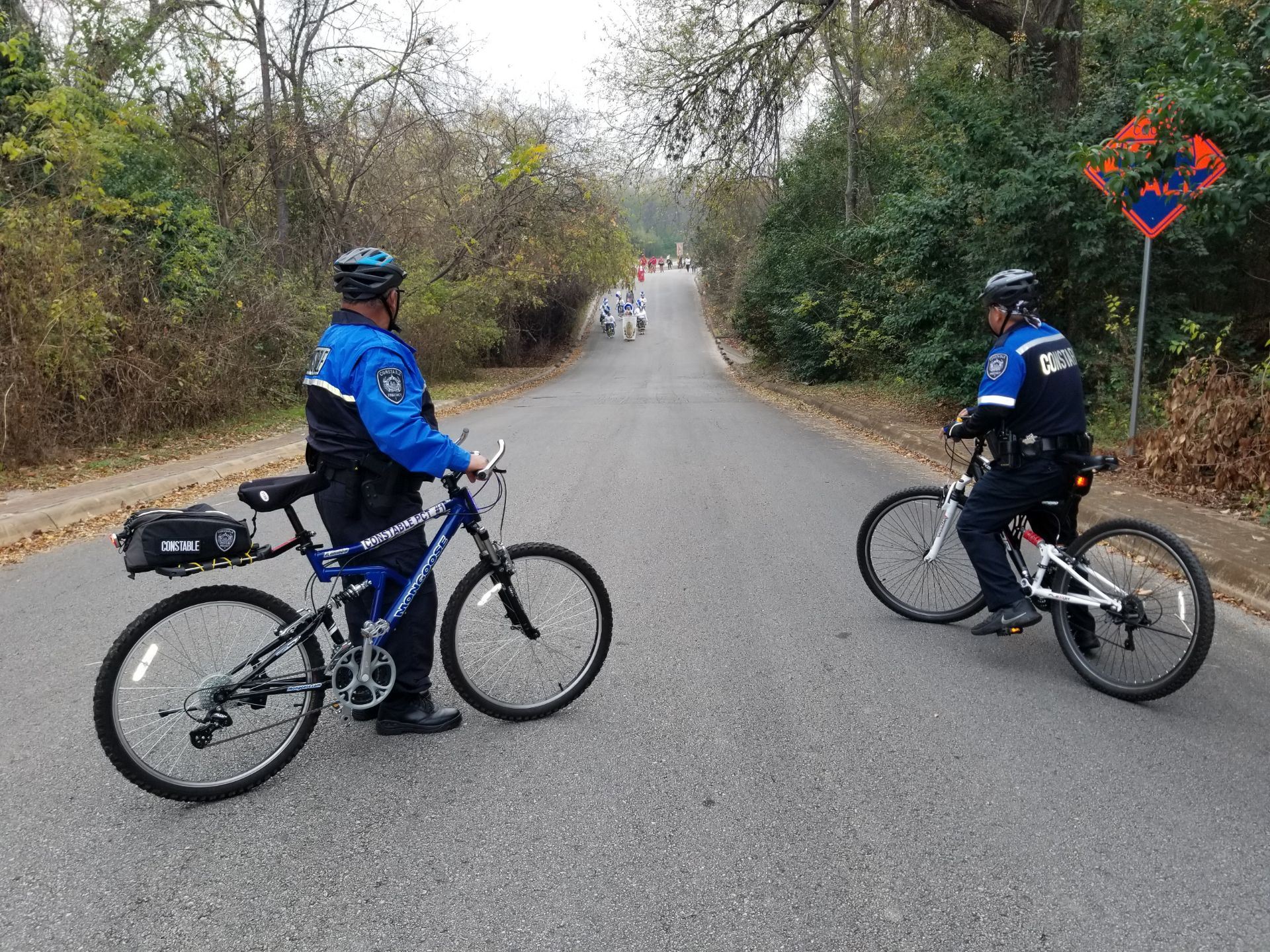 In an effort to better serve the County of Bexar, the City of San Antonio, and the 11 local School Districts, the Bexar County Constable’s Office, Precinct 1 implemented a Bicycle Patrol Unit. Since It’s inception, the bike patrol unit has grown to 12 certified riders. Bike Deputies patrol as needed and as requested by the Constable.

The Bike Patrol Unit’s goal is to provide our residents and visitors with an unsurpassed level of expertise and safety. They embrace the idea of community policing by making themselves more approachable and accessible to the citizens of our community. The Bike Deputies’ primary responsibility is to facilitate positive deputy / civilian relations by interacting with the general public on a daily basis.

In addition to routine daily activities, the Bicycle Patrol staffs as many community events as possible including but not limited to veteran parades, grand openings, school carnivals, and the most notable one, the King William Fair.

The Bike Patrol Unit also works in conjunction with 8 local School District Police Departments in an effort to deter truancy and crime among the schools by providing Bike Units for the outer perimeter. Bike Unit deputies also enforce traffic violations being committed during the school zone hours.

In addition to community relations, the Bexar County Constable Department Bicycle Patrol Unit is committed to reducing quality of life offenses and is dedicated to keeping the County of Bexar a safe and enjoyable place to live and visit. Bike Unit is often used in locations where calls for service are high, the unit focuses on offenses such as public intoxication, street level substance abuse, common disruptions of disorderly groups, street gangs, and parking/noise violations.

The community has been very receptive to the Bicycle Patrol and many residents are now requesting additional bicycle patrols in their neighborhoods. The Staff of the Bexar County Constable Department Precinct 1 truly believe in the mutual benefits of community policing.