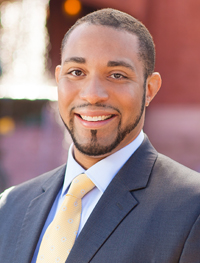 He represents over 500,000 residents in Precinct 4 of the 2 million who call Bexar County home. Precinct 4 stretches from Cibolo in the northeast, south to Elmendorf, downtown to the Alamo to IH-10 and Hildebrand to Beacon Hill, and the entire eastern portion of the county.

Commissioner Calvert saved Randolph Air Force Base from closure as chairman of the Randolph Joint Land Use Committee. He negotiated consensus between the Air Force, property owners, political leaders, and developers to stop the encroachment of housing around Randolph. Working in collaboration with Randolph AFB and the Governor, he secured nearly $10 million dollars to purchase properties around Randolph that will further its training mission.  He has served as the honorary civilian commander of the 12th Flying Wing of the US Air Force, the Honorary Civilian Commander of the 433rd Flying Wing of the U.S. Air Force, attended the Air Force War College National Security Forum for Civilians, and even flown a T38 fighter jet. Because of his work, General Isler assisted Commissioner Calvert into the National Committee for U.S.-China Relations Young Leaders forum, which is the "40 under 40" for the United States and China.

Commissioner Calvert is also a winner of the San Antonio Business Journal’s “40 under 40” award.  He chairs the Bexar County Cyber and IT Initiative where he developed curriculum with the San Antonio Chamber of Commerce in CompTIA, Network plus and other IT courses so that San Antonio high school students could work in six-figure IT jobs rather than have people from out of town get jobs in the information technology sector.

Commissioner Calvert has championed home ownership and the American Dream and is fighting for a $100 million dollar housing bond to provide owner occupied rehab of houses 20 years or older and stimulate multi-family housing that allows individuals to save money required for a down payment on a home.

Before being elected, Tommy Calvert had a distinguished career in international policy.  He led the American Anti-Slavery Group, the first anti-human trafficking organization founded in the United States since reconstruction.  As its chief, he helped get the first $50 million dollars in funding for the U.S. to fight trafficking.  He worked tirelessly for the persecuted Christians and tribal people in South Sudan and worked with President George W. Bush and the Congress to create two of the world’s newest nations—South Sudan and Burma.  Calvert helped free over 6,000 Sudanese slaves and his covert work along the Thai-Burma border helped lead Congressman Charlie Rangel of New York to increase sanctions on the dictatorship in Burma, which eventually led to the freedom of the Burmese nation from military dictatorship and the release of Nobel Peace Prize winner Aung San Suu Kyi from years of house arrest.

Commissioner Calvert is using his background in international relations to create jobs for the people of Bexar County. He helped raise $44 million dollars in foreign investment from investors in countries such as Vietnam, China, Nigeria, and Latin America for the Arts Residence and Thompson Hotel.  The Arts Residence and Thompson Hotel project will create 1,300 jobs in Commissioner Calvert’s precinct and marks the most successful EB-5 foreign investment project in the history of Bexar County.  The 20 story high rise will be the nicest residence and hotel in downtown San Antonio.

Commissioner Calvert sometimes refers to himself as a bootleg realtor and developer, trying to create, jobs and opportunity in Precinct 4.  On one of his famous real estate tours, he recruited the new Innovation District to the Eastside, which will house Velocity Texas a $100 million dollar venture capital fund that will bring the best businesses in the western hemisphere to his precinct on the eastside.  He also recruited the new $33 million dollar Child Safe Headquarters in his home neighborhood at IH-10 and E. Houston after he took developers along Salado Creek’s South extension to talk about his vision for saving Ft. Sam Houston from flooding and creating economic development from Ft. Sam Houston to Southside Lions park with new housing, restaurants, hotels, and linear parks.

Commissioner Calvert has accomplished 90 percent of what he pledged to do in his first term including a pledge he made to ensure that the once closed Southeast Baptist Hospital did not become a dilapidated eye sore.  He reached out to investors and finally was able to get the support of Methodist Healthcare Ministries to invest $10 million in rehab to the facility, turning it in to a medical and dental clinic with a church for the Southeast side.  Calvert also negotiated the creation of Hotwells Park, the first cultural and historical park in Bexar County, and he gave $1.5 million for the medical school at the University of the Incarnate Word to create the Bexar County Clinical Skills Center so that residents in his precinct can receive medical school quality healthcare.

He has improved the cultural fabric of San Antonio by contributing $5 million to the Witte Museum, $5 million for the Tobin Parking garage, $725,000 for the Children’s museum, $50,000 for the Old Spanish Trail Cultural Corridor, $50,000 to host the National NAACP Convention, assisted with a $100 million dollar investment at the Pearl in his precinct and so much more.

Commissioner Calvert is the chair of the Reentry Council and has helped scores of people get jobs through the Second Chance Job Fair.  Some 40 percent of those hired when the $100 million dollars in renovations from the AT&T Center were from Precinct 4 or the formerly incarcerated. He has grown the number of employers who will hire the formerly incarcerated from 240 to over 800.

Calvert created the concept of an urban farm in Dignowity Hill on a 10 acre tract of land after he visited Napa Valley and is relocating the Bexar County Agricultural Extension service to the eastside.  He relocated the Bexar County Housing Authority to the old Eastside Medical clinic and he built the new $8 million dollar Dr. Robert Hilliard Clinic named after the late councilman who was the first doctor who was granted the ability to have his medical residency at the Bexar County Hospital District, also known as University Health System.

Commissioner Calvert is a hawk for fiscal responsibility and created the first tax exemption for seniors at the University Health System and is growing the exemption from $10,000 to $35,000 per homestead.  He has cut Bexar County taxes 3 of the 5 years he has been in office.

In Calvert’s first 44 days in office, he pushed through the purchase of a 51-acre property to include a future County Satellite Campus with the justice of the peace, constable, tax assessor, veteran’s benefits, university health system clinic, retail shopping, office space, hotels, agricultural extension teaching space, and linear parkways at 1604 and Rocket Lane, near Randolph AFB. He has already finished Bexar County’s first sheriff substation at the 51 acres campus and has conducted felony warrant roundups that have lowered crime by 34 percent.

He believes in people and created the Bexar County internship program, raised the minimum wage of Bexar County employees from $11.66 to $15.00 per hour. He also tripled the number of contracts awarded to Small Women and Minority Owned Businesses.