David Starr is the principal of Clermont, LLC., which specializes in finance of workforce housing properties. He has been a leader and innovator in multifamily affordable housing tax credit and tax-exempt development and financing for over 30 years, with projects in Alabama, Arkansas, Florida, Illinois, Kansas, Louisiana, Mississippi, Pennsylvania, Tennessee, and Texas.

Mr. Starr pioneered the marketing and placement of tax-exempt bonds for the acquisition of multifamily affordable housing projects, and Clermont, LLC, has become the largest provider of tax-exempt bond debt on both rated and unrated bases throughout the Southwest and Southeast, with over $1 Billion in funded transactions. He also developed the institutional resources that provide subordinated bonds in tax-exempt debt structures. This innovation allowed non-profit organizations the capability of 100% financing and allowed private developers to structure rated bond scenarios.

Since 1999 Mr. Starr has been president of American Opportunity for Housing, Inc. (AOH) as well as the American Agape Foundation, Inc., both nonprofits are developers and providers of over 15,000 units of affordable housing. Mr. Starr has successfully developed and renovated over $200 million in property through the Vantage Communities and the Avistar Communities development platforms.

Mr. Starr has been involved with numerous public agencies and trade organizations over the years. Mr. Starr has been an Advisory Board Member of the Rural Rental Housing Association; the National Multifamily Housing Board (and its affiliates); the Howard University advisory committee; and the South Texas Blood and Tissue Center Board. Mr. Starr was appointed in July 2013 to the Alamo Regional Mobility Authority. 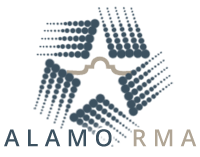