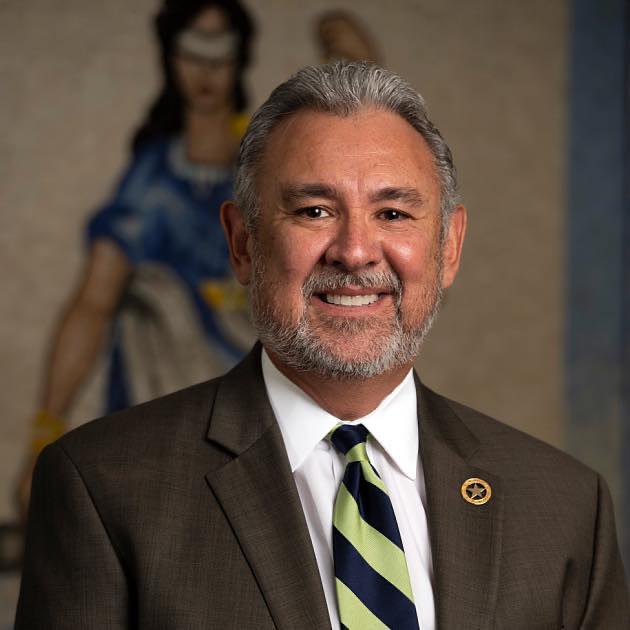 Joe Gonzales began serving as Bexar County Criminal District Attorney on January 1, 2019. Under his leadership, staff has been redirected to focus on prosecuting violent crime. Recognizing a growing number of family violence cases, some of which had been neglected by previous administrations, Joe more than doubled the staff of the Family Violence Division. In the early days of his administration, Joe ordered all officer-involved shooting cases be presented to a Grand Jury for review. By the end of 2020, with the support of Bexar County Commissioners, Joe established a Civil Rights Division to exclusively handle officer-involved shootings and cases of excessive force by law enforcement. Joe has also worked to reform the local criminal justice system by implementing cite and release. This program has prevented thousands of Bexar County residents from being arrested for low-level, non-violent crimes so that they may instead participate in a diversion program. Upon successful completion of the program, the individuals have no record of the offense. Joe has also implemented a declination policy for misdemeanor amounts of marijuana and some controlled substances.

Joe opened his own law practice in 1998, The Law Offices of Joe D. Gonzales, working as a criminal defense attorney for 22 years. Joe has also served as a Magistrate and Municipal Judge for the City of San Antonio for 7 years. Altogether, Joe has 30 years in practice of criminal law, having experienced both sides of the bar, as well as a former member of the Judiciary.

Joe was born in San Antonio and raised by his mother in a single-parent household on the Westside. Joe came from a family of modest means and had to support himself while pursuing his college education. He attended St. Mary’s University, where he earned a B.A., with honors, in Political Science in 1981. Joe also attended St. Mary’s University School of Law and received his Juris Doctor (J.D.) in 1988, which is the same year he married his college sweetheart, Yvonne. Today they have one daughter, Marisa.

The Criminal District Attorney's Office does not accept criminal complaints via email.