Our mission is to design, offer and maintain comprehensive integrated curriculum of PEARLS   (Preparation, Esteem, Achievement, Resiliency, Learning, Strength & Stamina) and EAGLES (Esteem, Achievement, Grit, Learning & Leadership, Empowerment, and Strength) is to establish a comprehensive, integrated and coordinated systems approach to help young youth in the foster care system between the ages of 12 and 18. This includes developing, supporting, and facilitating evidence-based curriculum twice a month with a multi-team approach.  Each youth is provided a mentor within the community as a role model.   In addition to the court participation, the youth participate by giving back to the community in a day-of-service and by enhancing their own self-esteem and goal in a day-of-opportunity.

Staff for PEARLS and EAGLES Court 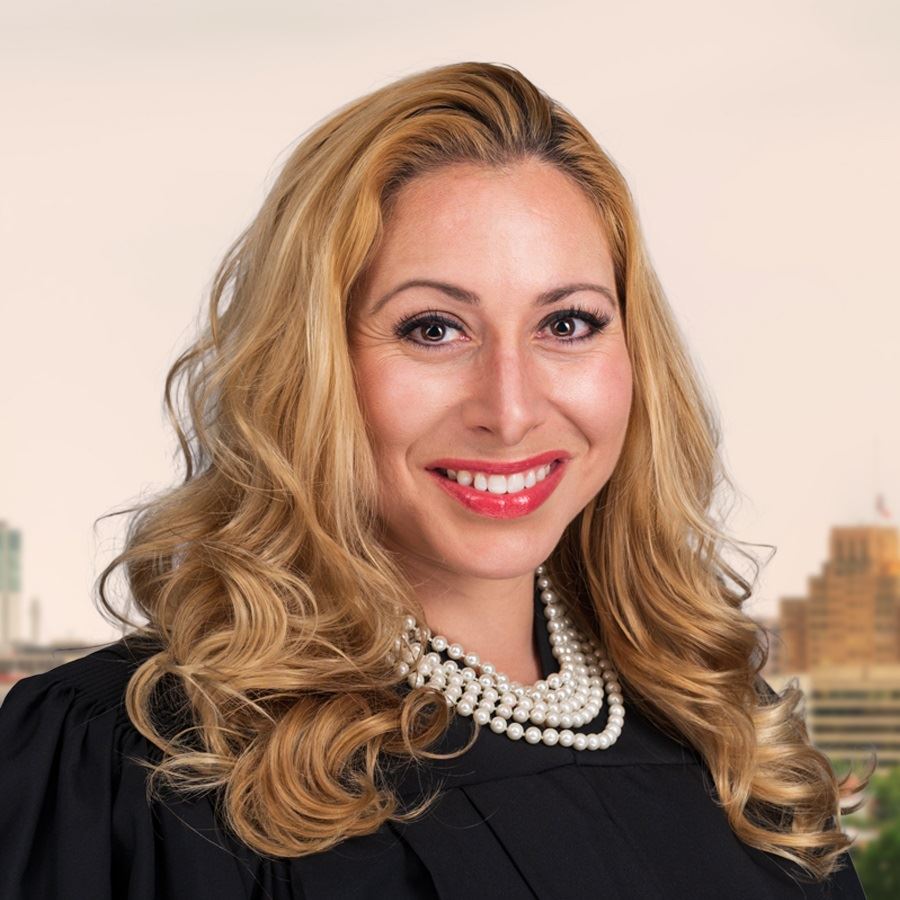 Elected in 2017, Judge Rosie Alvarado serves the citizens of Bexar County, Texas in the 438th District Court hearing a wide assortment of civil matters. In addition to her duties as a district court Judge, Judge Alvarado presides over a restorative care court, called PEARLS Court. The mission of PEARLS Court is to invest in female girls ages 14 to 18 who have been placed in foster care. PEARLS Court supplies therapeutic care, case management, life skills training, programming, and mentoring.

Appointed by the Texas Supreme Court, Judge Alvarado serves as a Commissioner on the Texas Children’s Commission. She also serves on the Bexar County Juvenile Court Board, and is the Chair of the Bexar County Children’s Court Oversight committee within the Bexar County district courts administration. Judge Alvarado was licensed to practice law in 2002, and during the course of her practice focused on personal injury, family law and federal civil trial law. She earned her BA in biology from St. Mary’s University and her law degree from St. Mary’s University School of Law, in San Antonio. She is licensed to practice law in all Texas courts, and in the United States District Court for the Western and Southern districts of Texas.

Judge Alvarado has received recognition and awards, including the La Prensa Foundation Salute to Outstanding Women in Action and the Northside Education Foundation Pillar of Character Award. When not serving the citizens of Bexar County, she is an engaged and proud mother of two teens. Her hobbies include cycling and fitness, gardening, writing, and adventuring (skiing, white water rafting, hiking, camping, and scuba diving).

Judge Angélica Jiménez is a graduate of the University of Texas at Austin with a B.A. in Spanish Literature and received her J.D. from St. Mary’s University School of Law. Prior to her election Judge Jiménez practiced primarily family law and some civil litigation. She was elected to serve Bexar County as Judge of the 408th Civil District Court in 2016.  On January 1, 2019 she and Judge Rosie Alvarado became the presiding judges of the PEARLS program. A program within the Restorative Foster Care Courts of Bexar County that assist youth within the Foster Care System between the ages 14-18 who are about to age out of the System. Judge Jiménez has taken this on in addition to her regular duties as Civil District Court Judge. This program was started by Judge Renee Yanta in 2015 and continues to help youth in foster care in and around the Bexar County area. Restorative Foster Care Courts provide case management and oversight by the Court, trauma informed therapeutic care, mentoring and life-skills training. 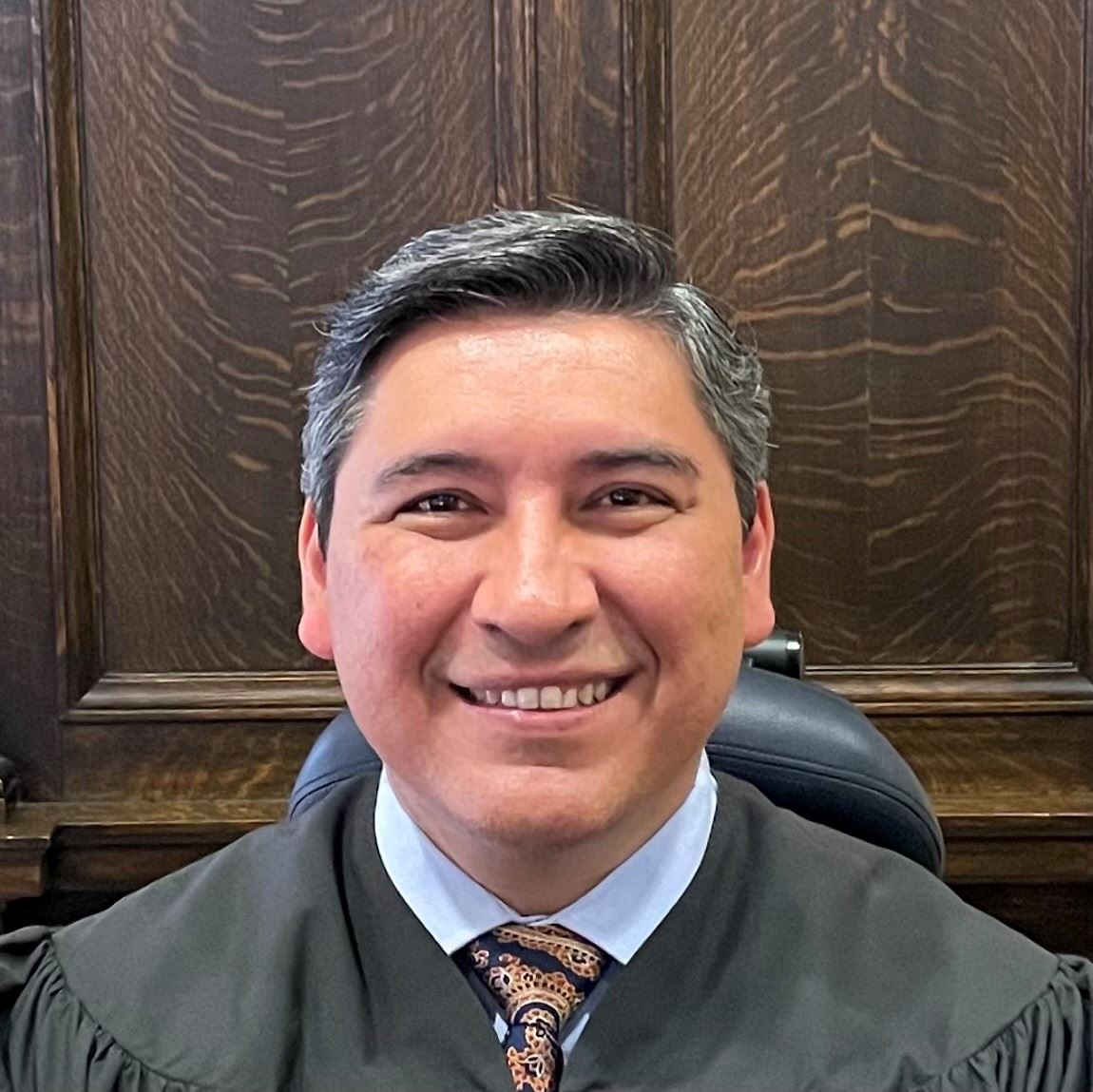 Judge David A. Canales presides over the 73rd Judicial District Court in Bexar County, Texas. He was first elected in 2012 to serve a 4-year term beginning January 1, 2013. Judge Canales sought re-election, unopposed in the primary and general elections, in 2016 and 2020. His third term began on January 1, 2021. He earned his J.D. from Texas Southern University in 2006, summa cum laude, graduating as class valedictorian. He began his legal career as an associate attorney at Sidley Austin in Chicago, Illinois, before moving to San Antonio, Texas, and opening a solo law practice focused on civil, personal injury, and family law matters. As a state district judge, Judge Canales presides over a court of unlimited general jurisdiction that gives preference to civil and family law matters.

In 2020, Judge Canales helped found and he currently presides over E.A.G.L.E.S. Court, a therapeutic restorative foster care court in Bexar County. The vision of EAGLES Court is to invest in teen boys between the ages of 14 to 18 placed in foster care, helping them value their whole selves and their inherent strengths. The Court provides therapeutic care, case management, life skills training, programming, and mentoring to our teen boys.

Judge Canales chairs and serves on numerous committees, including co-chairing the San Antonio Legal Services Association in Bexar County, formerly known as the Community Justice Program (CJP), a local organization whose vision is to ensure that everyone in the San Antonio community has equal access to justice regardless of their ability to pay for legal services. He is a frequent speaker at continuing legal education seminars.

Judge Canales is married to Cecilia, his wife of 25 years. They are parents of 3 boys, Samuel, Elias, and Benjamin.