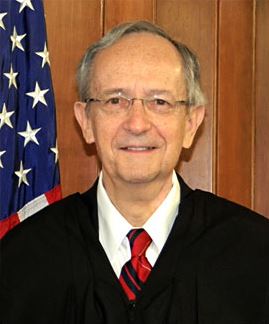 During his 20 years in the Texas Senate, he authored or sponsored nearly 600 bills covering a wide range of issues that passed the Legislature and were signed into law by the Governor. In addition, he chaired a half dozen special or standing committees of the Senate.  He also served as president pro tem of the Senate and served twice as Acting Governor of Texas.

During his four years in the Corps of Cadets at Texas A&M University, he served as cadet chaplain of the Fightin’ Texas Aggie Band, a judge on the senior court, and a senior class officer.

A former director of the Rotary Club of San Antonio, he also served on the executive committee of the World Affairs Council of San Antonio.

He and his wife, Karla, have been married for 39 years, and they have two adult sons, Jason and Matthew, and one four-year-old grandson, Warren, who Judge Wentworth claims is perfect.

Which Precinct
Am I IN?
Community Map

Which precinct am I in? Community Map

If you are unsure of what precinct you reside in, visit the Bexar County Community Dashboard Map to view your precinct and your elected officials.